From the time of the White Northerns discovery and introduction into the reptile trade, its identity has been embroiled in controversy. Robert John Coward introduced the white northern into the hobby after having bred a number of them at his facility. It was claimed that they were the result of years of line breeding.

I purchased two of the white youngsters (both males).

My intention was to finally prove out that they were in fact recessive and not line bred as was claimed. I received a lot of malicious comments from those that were aligned to those that believed the polygenic and line bred theories. In 2011 I paired one of the white northerns to an eastern hypermelanistic to produce 6 double hets. This pairing produced the first Platinum morphs, as well as white ‘Super Hypos’, hypers and hets. At the same time we also paired both males to 5 other normal eastern females. The results of these were 16 females and 10 males, all 100% het whites. In 2014 we paired and produced 35 white bluetongues of various degrees of whiteness. This conclusively proved out that the White Northern was in fact a simple recessive.

Since these progeny were not pure northerns I tagged them as ‘ Super Hypos’, a way to distinguish them from pure White Northern to a (x scincoides ) animal. Some animals from the litters were a typical hypo and not the pure white type. Later pairings proved that the Super Hypos were in fact codominant, easily distinguishable from typical hypos, even at birth.

Due to the poor sperm viability of the White Northerns, after a while they almost disappeared from the trade except for a few examples. My Super Hypos pretty much dominated the industry and only the White Northerns in the Alabaster line created by Karen Russell existed. Unfortunately the waters were muddied by some unscrupulous breeders who after obtaining my lines choosing to masquerade them as pure northerns. Unfortunately their deception is easily identified as the heterozygous offspring in my line have the typical eastern eyebands, and the heads of the x scincoides have longer more shapely heads.

All progeny produced from my Platinum line are not pure Northerns. 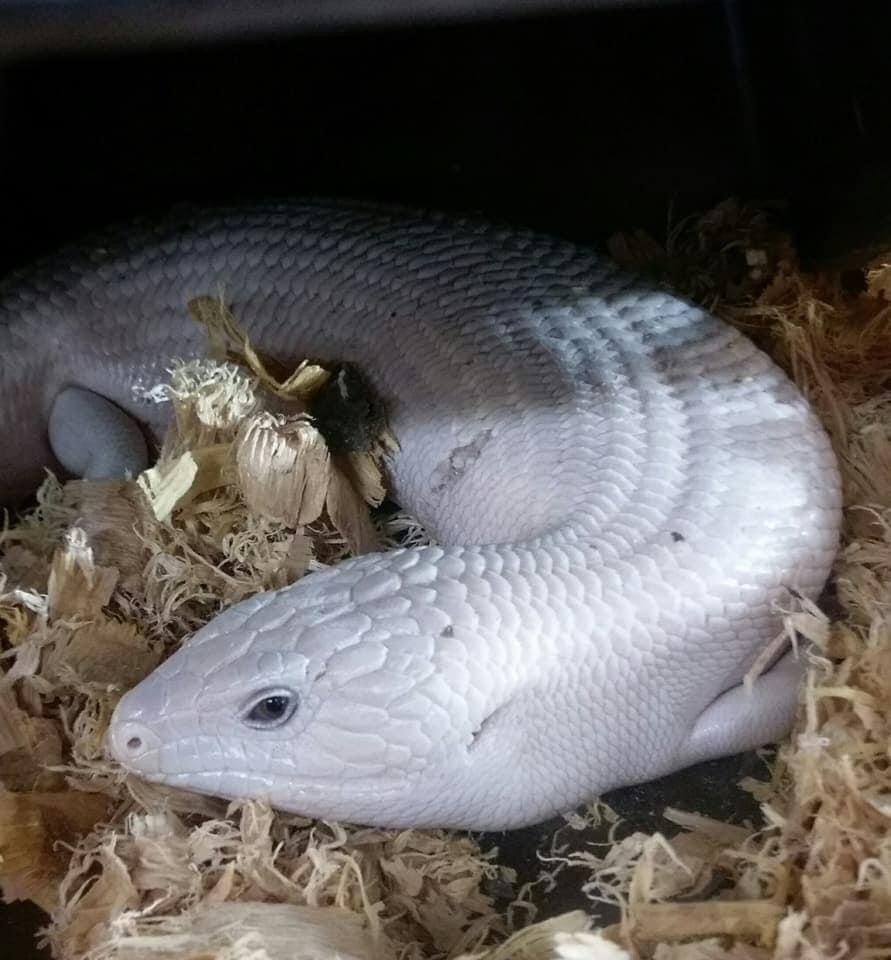